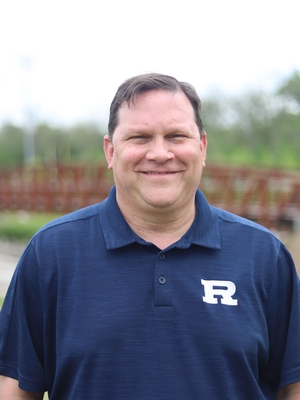 Chad Peace joined the High School Girls Basketball program 2017 as an assistant coach and took on the role of Boys Golf Head Coach in 2021. Since enrolling his daughter at Regent in 2004, he has been an active participant as either a head or assistant coach in baseball, basketball, football, golf and tennis.

A graduate of Union High School, he was a member of the Oklahoma Class 5A State Championship Baseball team in 1989. Coach Peace graduated from Oklahoma State University in 1993 and received his master's degree in Kinesiology from the University of North Texas in 1995. Chad resides in Tulsa with his wife Laura, daughter Reilly (Class of 2018), and son Evan (Class of 2021).